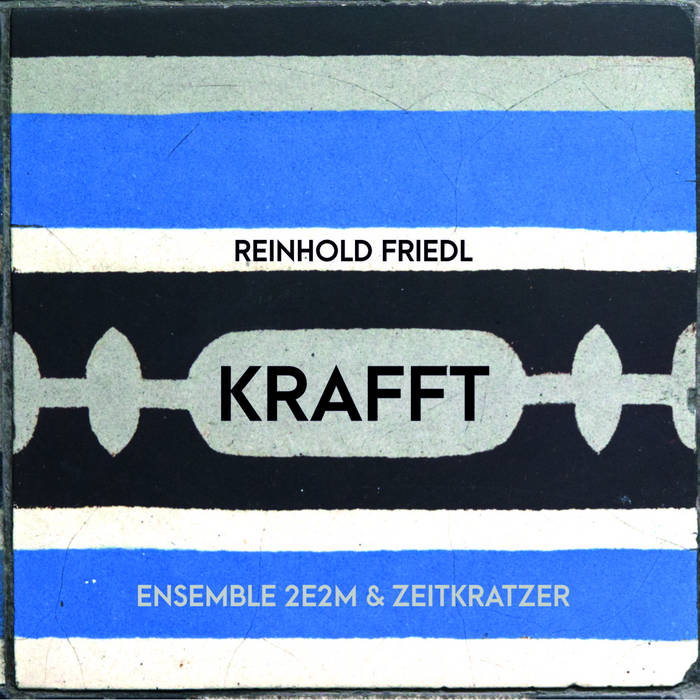 KRAFFT for orchestra was composed in 2016 as a commission from the French State and premiered in Paris and Marseille. It was also the first meeting of two outstanding ensembles: the well-known avant-garde group zeitkratzer and Ensemble 2e2m - a chamber group from Paris known for their fantastic sound and the first recordings of Giacinto Scelsi’s music.
KRAFFT is a minimalist maximal composition: all instruments play in rhythmic unison throughout. Only the sounds and their combinations change relentlessly throughout the piece. KRAFFT is spelt wrong on purpose to create an ironic-onomatopoetic rendition of the German term “Kraft”, meaning “power” or “force”. The listener is exposed to a sonic undertow. The notion of huge power and force is connected here to clandestine and unknown rules controlling the progression of sound; something is happening, but we do not exactly know what, when or how. KRAFFT is composed with the help of the computer program TTM (Textural Transformation Machine), developed by Reinhold Friedl to sculpture multiple random processes.
KRAFFT enforces textural listening. Richard Wood described it as “an unwinding strip of 'texture': just listen to that; not to its various strands as such, not to one single strand, but to it as a whole, an unwinding ribbon, varying as it goes in width, in colour, in depth, in thickness, in weight, in character, but always a unity.“